RichCrafts’s voice over students comes from many walks of life, voice related and not. Here is a selection of endorsements that will give you an idea about our unique coaching style.

Spending many years in the Dental Profession, raising a family and all that goes with that, when Covid hit, it made me stop and think about what I really wanted to do. For a long time, I had been thinking about doing voice- over work. I had no experience whatsoever, I wasn’t even in Drama Club at school! 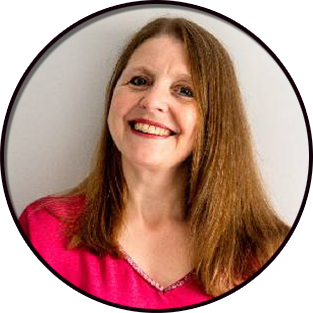 I researched and came across Tanya at RichCraft, and with her beaming smile and obvious wealth of experience, I contacted her. I just instinctively felt I would be in good hands. Although my audition was not good at all, she gave me a chance to start training with her and her lovely team.

Its not been an easy ride. I think all the coaches have suffered my warblings along the way, though particularly Tanya, Alicia and Bob got the brunt of it! I cannot tell you how much I have learnt along the way. I naively thought initially it was just a case of picking up a script and reading it!! How wrong was I?! Everyone has such patience and they all really want you to do well.

It was at times a struggle to be honest, I practiced hard to get things right, but what was a particular challenge for me was Meet The Producer. I was so nervous, and it obviously affected my performance. I just asked for more MTP sessions, so I could get more confident with them! Another issue was the technical side of things, that’s been a massive learning curve!

It was great when a lesson went well, and things started to slot into place. My confidence gradually grew. I can honestly say that I thoroughly enjoyed my training, but its not done and dusted, I want to keep these new skills refreshed and learn more! If you are considering training with Tanya and the RichCraft team, go for it! You will be in very good hands! 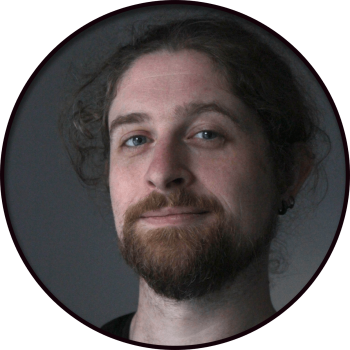 It was with some trepidation that I first sent my audition to Richcraft. I had been trying to figure it out on my own but I was struggling to understand what I could do better. Then Tanya sent me an email telling me that I was in and for the first time in a while, I felt relieved. As soon as I met Tanya and then the rest of the lovely coaching team (Alicia, Greg and Bob), I knew I had made a good choice.

As soon as I met Tanya and then the rest of the lovely coaching team (Alicia, Greg and Bob), I knew I had made a good choice. It was just fantastic to have real time coaching with someone, not only experienced in the industry, but also engaging and encouraging. I was flying, feeling like I was well on my way, each week an improvement. A few hiccups but overall, I thought, “I’ll be ready for a reel soon.” I’m glad that it was not my decision.

When I had my first Meet The Producer session with lovely Bob, all the wheels fell off. I totally fell to pieces, falling back on old bad habits and just feeling utterly overwhelmed. I had got so wound up about it that I just psyched myself out. And I knew that the reason for it. I did not have the confidence in my own abilities. Commercial scripts were a nightmare for me. The speed, the forced excitement, all of it. So we went to commercial school.

At times I felt frustrated that I was taking so long to get to the level I wanted to be at. But I reminded myself that I came into this with basically no experience other than some drama classes in my teenage years and a love of dungeons and dragons. I trusted that Tanya and the team would tell me when I was ready. So I knuckled down, and practiced like mad. I did a few more MTP’s, which really highlighted the points I had to address. Re-listening to lessons helped me to really take in everything that was said, as often we have a good laugh as well, so its easy to forget some of the finer points.

Before I knew it, the day had arrived. First Bob (who had seen me really stumble), then the others, all telling me I was “Reel Ready”. Those two words meant so much to me. And then it was upon me and unlike that first MTP where I fell apart, it flew by and I had a blast!

My Richcraft journey is very much coming to a middle. I plan to continue learning and improving with these wonderful people for a good while yet! 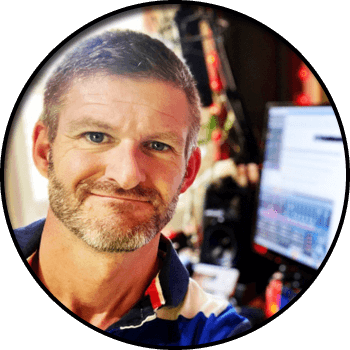 Tanya has a reputation for being one of the go-to voices for IVR, and she’s been doing it for a long time. During our sessions we worked on IVR work, and the particular approach compared to corporate/commercial.

Tanya was able to tell me what I was getting right and where I needed to make small adjustments to better fit the genre. I made my own showreel and Tanya gave me feedback and advice to tweak it to where it needed to be. Once we were done, I felt much better-equipped for future work, and this gave me the confidence to put together a reel and start to approach producers. Since working with Tanya, I’ve made it onto at least two IVR producers’ rosters and I’m looking forward to working with them.

I was very happy with the coaching and would recommend Tanya as a coach. She has a no-nonsense approach and provides honest, useful feedback for improvement where necessary.

I looked into voice coaching to see if I could return to acting via voice acting – whether I had any real suitability/potential initially, and then to learn the craft! 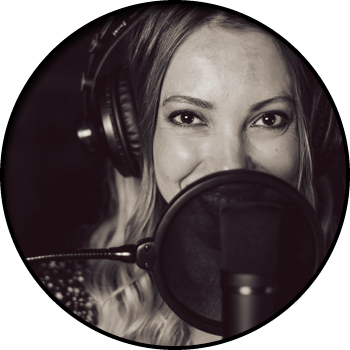 The initial reason I chose Tanya as a coach was geographic – I wanted to work with someone in person rather than remotely if possible and Tanya is nearby, but I did further research and realised that happily she was also the best option for coaching! I wanted someone who would be brutally honest with me rather than someone careful of my feelings. As well as someone who would give me constructive feedback, real ways to improve and take me to a level where I could start to work with confidence.

Before I started my coaching sessions I was rather full of trepidation, but mainly excited! After I started working with Tanya I felt I was making noticeable progress, getting feedback on what I could work on and spending time in Tanya’s fabulous company to boot! We worked on Basic voice and mic technique, physicality and commercial reads. I made my commercial reel with Tanya and was delighted with it.

On reflection I feel I am much improved and more confident. If I had more money I would absolutely not ‘finish’ coaching with Tanya, but keep it up continuously as there is always more to learn and improve. But it provided me with a brilliant kickstart for those sessions I could afford.

Our sessions have allowed me to start auditioning and working as a part-time VO with confidence. I am slowly building up my body of professional work in order to become a full time VO. I am Extremely satisfied with my coaching from Tanya. 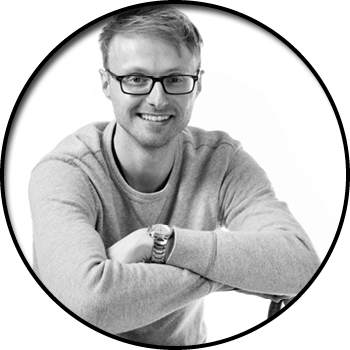 I had always wanted to be a voice-over artist because I always had a natural talent for languages and accents. I wanted voice coaching as I wanted reassurance from a professional voice-over artist that I was right in my thinking that I had what it takes to be a voice over. I was looking for one-to-one support and tutelage to help turn my potential into paid work.

When choosing a coach, essentially, I got lucky by searching for ”voice-over artist” and ”Bath”. I was living locally at the time and was looking for a professional voice-over artist to give me feedback on my voice-over demos. But I later learned that Tanya isn’t just a voice-over artist who is based in Bath. She is, in fact, a highly experienced voice-over artist and singer, who is able to teach vocal skills at a high level.

I was pleased that all the effort I had put into my first accents and characters demo (which I wrote and produced myself) had paid off and that I had secured a meeting and chat with Tanya. I was keen to get started. I was hoping to get reassurance and positive encouragement that I had the raw talent to develop and formalise my skills. I was also hoping that if Tanya personally endorsed me, I might have a good chance of getting work.

I got the confidence boost and encouragement that I needed (and I was also told what I needed to work on). I was given honest feedback, which was invaluable as I was keen to improve. During our coaching sessions we worked on straight reads and emoting. Tanya felt I was bottling up emotion and was a bit stiff, so we worked on stretching my expressiveness and finding my authentic voice. Learning to be myself – and to like myself – was a challenge, as I had been rather used to being someone else and playing around with characters for a long time.

The by-product of my voice-over coaching with Tanya was that it enhanced my radio news reading skills, making me an in-demand freelancer and full-time member of staff at radio stations in Bristol, Cardiff and London. Tanya’s tutelage sharpened my skills in tone of voice, which is important when using the right words to tell stories to different audiences. I also became a better critic of my own work and was able to identify areas to work on, without having them pointed out to me. Effectively, Tanya’s coaching kept me in radio news for another 10 years, after I had initially reached out to her.

I was happy with my coaching sessions. I would [also] be happy to do more to check where I’m at with my skill level. Since working with Tanya I have been able to secure professional voice-over work for several years.

Proudly built by B Double E

This website uses cookies to improve your experience while you navigate through the website. Out of these cookies, the cookies that are categorized as necessary are stored on your browser as they are essential for the working of basic functionalities of the website. We also use third-party cookies that help us analyze and understand how you use this website. These cookies will be stored in your browser only with your consent. You also have the option to opt-out of these cookies. But opting out of some of these cookies may have an effect on your browsing experience.
Necessary Always Enabled
Necessary cookies are absolutely essential for the website to function properly. This category only includes cookies that ensures basic functionalities and security features of the website. These cookies do not store any personal information.
Non-necessary
Any cookies that may not be particularly necessary for the website to function and is used specifically to collect user personal data via analytics, ads, other embedded contents are termed as non-necessary cookies. It is mandatory to procure user consent prior to running these cookies on your website.
SAVE & ACCEPT